A husband of this personality type will have an unrealistic sense of entitlement, lack empathy, is completely self-centered and have need to be esteemed.

That is, they can hardly accommodate the slightest gesture or talk that suggests to demean their self-created need for respect.

Helping your husband to understand that they need to change is a great place to begin if he’s narcissistic. Well, most wives complain that they are trying everything but with little to no success, and that’s where getting professional marriage advice is important. With Today’s technological advancement, you can access marriage counseling with a narcissistic husband right from the comfort of your home. You can stage or enter a video chart with a marriage counselor and invite your partner into the session even if he is the sitting room and you in the bedroom.

Besides, you and your husband can also book an appointment with marriage therapists, if he is the type you can convince to come for counseling.  Another option would be to order customized counseling material that you can listen together at home.

To most people, the phrase narcissistic husband may sound like just another escape ticked used by some folks who to be excused for their sociopathic, and hatful behavior.

Well, the truth is, narcissism is real.  This personality disorder is a big problem, which women, as well as men have to deal with in their marriage life.  In precise, a narcissistic husband has this fixed mentality that they are the point of interested in the marriage.

The mindset shows up by him acting bossy in that he wants to control and command even the littlest of details in the relationship.  A narcissistic person is hungry for respect, and if that is not offered voluntarily, they’ll want to demand it, even if it means dishing out insults.

If you are sharing a marriage with some who always explodes with the slightest disagreement, chances are that they have a narcissistic personality. As such it is important that you device coping mechanisms to help you ‘survive’ in that marriage, because leaving may not be a good option either.

During the early stages, it may be hard to sport narcissism in person, thought it may show up once in a while. That is, people grow into becoming full narcissists, so it maybe a growing physiological disorder that your husband is suffering from.

Psychologists call this character breakdown the Narcissistic Personality Disorder (NPD).The biggest sign a person is suffering from NDP is that they developed that self-inflated image. In fact, most times, narcissists suffer from a sense of insecurity, findings that feelings of not being safe often the root cause NPD.

The most common character traits of a narcissistic husband are as below:

The topic on Narcissistic Personality Disorder is not something new to wives who have to deal with a narcissistic husband. While explaining about NPD, a well-known researcher Sandra L. Brown, in her psychological work titled the 60 million person’s abused by another person’s personality in America, points out that approximately over 300 million people in the US alone suffer from NPD. She breaks down the numbers to suggest that 1 in every 25 people is a narcissist or shows psychopathic or sociopathic characteristics, which tallies up to 12 million  in estimation.

Therefore, 450,000,000 added to 247,500,000 gives you approximately 698,400,000 people without an empathic conscience. The reason for stating these stats is simply to show you that you are not the only person who has to deal with a narcissistic person.

Facts about Marrying a Narcissistic Husband

As a married woman the good book instructs you to focus on building your house, and the hard part is that, you are not excused from this obligation just because your hubby is narcissist.

As hard or as tricky as living with a narcissist can be, when you all you is the best for your family you will want to be on the dial to help keep the marriage afloat, rather sitting back complaining.

As such, it is important to understand what to expect from a narcissistic husband. That way you can know how to live with him. A good place to begin, to understanding a husband with narcissistic personality disorder is to get in touch with a marriage counselor and let them shed more light on the topic and how to help him change.

Although you will have to convince a narcissistic husband that you both need some counseling, it’s definitely a good idea to try the best you can to have him sit under advice as that will greatly help to resolve your marriage issues.

Signs You are Married to a Narcissistic Husband

It’s unfortunate that the world we are living in today is full of people with narcissist traits, but they are actually not. At some point, everybody exhibits some narcissistic behavior because we are inclined to being. When talking a husband with full blown narcissistic personality, that’s a serious problem some wives face in marriage.

Below are a few points that can help tell if your husband narcissistic:

A group of experts from mayo clinic established that the degree of narcissism varies with time, as well as from one person to another. Their research also concluded that people who displayed more traits than others, were those who their NPD was in the full blown stages.

The reason you are wondering why you never saw it coming, is because most narcissists are personable and charming at first glance. They are extremely gifted in putting the best foot forward, which makes it hard to notice any red flag.

Preparing for Marriage Counseling with a Narcissist Husband

Dealing with narcissist husband is not only an uphill task to the wife, most marriage counselors also find it very hard to offer advice or guide to relationships where the husband is narcissistic. The reason for this is most times it’s hard to get the husband see things from the point of view that makes them appear on the wrong.

A good marriage counselor should be able to subtly create an environment that doesn’t make him feel insecure to withdraw, while at the same time help him understand his role in helping to improve the relationship.

The answer to this question is a simple yes! With a qualified marriage counselor it is possible to address the problems that result from this personality flaw and help the husband to get a new perception of things. Well, most marriage counselors complain that dealing with a narcissistic is complicated and can be humiliating.

The notion is always that people with this kind of personality don’t give room for the other party or the counselor to share their mind or advice. However, what I have found when dealing with narcissists, or at least people who are partially sociopathic is that it depends with the approach. First, know they are touchy, and that they think everything revolves around their point of view.

In precise, the biggest task is to help both partners understand each other’s hurt and feelings, especially, the narcissist. As such, it’s important to be bold and asked whether a marriage counselor has dealt with a personality before.

How to Convert Narcissist Couples Therapy during Marriage Counseling

During counseling, a narcissistic husband will likely insinuate and want you to admit that everything is your fault. While that sounds depressing, a quality marriage counselor who knows how to handle narcissists and how to help such personalities change should not see this as a problem but an opportunity.

The husband can be given that space to exhaust all his complains and accusations, first. After he has done talking, the marriage counselor now can address everybody’s concerns are taken to account, every person needs to be given ample time to air their side of the story without distraction.

The counseling session should be well defined that it is not an avenue for arguments or insulting each other. Again, time should be the judge, and once each person is assigned the number of minutes to talk, they need to give chance to the other party. That’s the reason why a marriage counselor with a history of giving advice to a narcissistic husband should be a priority.

Why Marriage Counseling Doesn’t work with a Narcissist

The reason why most marriage counseling sessions with a narcissist end up frustrated is because the therapist is a novice and assumes the situation is like all others. The truth is, counseling a husband with a narcissistic personality disorder is a special case.

You are dealing with a someone who is completely preoccupied with their self, a person who is so insecure that they don’t care about what other people feel, save how they themselves feel. Although it depends with the stage of narcissism the person is in, generally a narcissistic husband is likely to disrupt the counseling session if they are not treated or made to feel how they think they should.

In essence, a qualified therapist would be fast enough to read the character and personality of your husband, to help prepare a strategy with which they can use to handle him. Another reason why marriage counseling doesn’t work with a narcissist in some cases in when the counselor decides to attack the narcissist husband directly.

It is true that this personality type hurts everybody, including the therapist. However, that doesn’t mean the counseling session is an opportunity to punish the culprit. When a narcissist notices or gets the illusion he has been summoned and is being “judged,” their insecurity personality screams even louder and the default response would to be take cover or flee, often by subtly disrupting the meeting.

Marriage Counseling with Narcissistic Husband – Teaching The Husband to Respond

Counseling a couple where the husband is in the advanced stages of narcissism may not be an easy task. So how do we handle such a character?

It’s all about helping him see things from different angle…

One area most narcissists have a problem with is the discipline to listen effectively. They’d rather listen to themself trying to drive a point home for 20 minutes and not someone else. Your marriage counselor should help your partner be aware of this weakens.

Once the light is shed on the dismissive attitude, it is easier for the husband to start listening and getting what the other person is trying to mean. As in, narcissists have that tendency of being dismissive, evidenced by the use of the word “but”. To counter that as a therapist make but the topic.

Some marriage counselors achieved getting this point across using a set of cards, dropping one every time the narcissist part talks. This may appear distractive, “but” .. Okay the point will get home much quicker. Imagine how it feels when someone helps you find that annoying signal that you are passing on to other people. Narcissism here is the signal and it’s obvious that helping a person understand the damage this may be causing other people, they might want to adjust.

Instead of the word but, help them know how to make conversations more engaging other than being dismissive. For example, ordinarily a narcissistic husband, when the wife says “It is great day,” would add the ‘but,’ -“but it’s too cloudy.” What’s even funny is that he won’t think that as a being dismissive.

In precise, explain how his language is sending those dismissive signals, and how instead he can change his game to become more engaging. Like for instance, have them replace the but wordwith something like and. So the when the wife comments –It’s a is great day, the hubby can respond, “And I like it hot.” 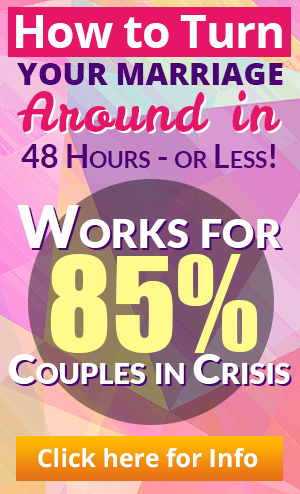