Men have a nature that often makes them look stubborn. A prove of this can be seen by observing a comparison between two growing kids, boy and girl. They are two different “beings”, to be realistic… and have different ambitions, goals and priorities. So if you find out any signs of stubbornness on your husband, don’t worry because there are ways in which you can deal or even put-up with him.

Let’s dig deep on the nature of all males and you’ll find out that the so tagged stubborn husband may not be as hard to deal with as he seem. Its nature… you ask how? See, doctors and experienced parents have the ability to tell whether a pregnant woman is carrying a boy child or girl. In fact they use a very simple technique which is: a boy child often disturbs and kicks the mother when in the womb.
On the other hand, girls spend most of their time sleeping in the womb. This tells you both of these “creatures” share very little in common in terms of priority. So changing your man completely could be asking too much. However with the below tips, you can comfortably manage the so called stubborn husband with extreme ease and even increase joy in your marriage: 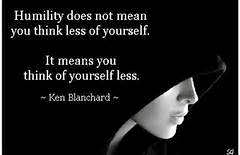 This is the strongest weapon you can use against a stubborn husband. Men have a natural tendency of wanting to dominate a territory. Literary, his marriage is his territory and this is why no matter his level of education, he still want to hold authority over the wife. As a wife, be notified that humbling is not a weakness and that does not lower your value on him. In fact when you make him feel like a king, he will definitely make you a queen.

Again, men fear arguments and they can do anything to cut it off. Even if it means doing the unspeakable in marriage, so please be wise and try to lessen the instances of any arguments. This does not mean that you aren’t allowed to speak your mind, no, but do it with wisdom knowing that you are dealing with a stubborn husband. Marriage is not a contest for words so don’t make it. Workout the torn of your voice when giving your proposal don’t show that you want to win.
3. Acknowledgment

Show that you recognize him as the authority in the relationship and not as the stubborn husband he appears to be. Reasons being, a wife is often regarded as the neck while husband as the head. Be wise and control his feelings just as the neck is able to control the head. Decide to keep him focused on you by respecting his nature. Study him and know the kind of woman he likes most and adopt into that.